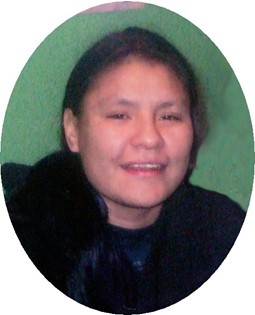 Guestbook 1
Funeral services for Leah Marie Addison, 33, will be held 10:00 a.m., Tuesday, November 17, 2015 at St. Stephens Catholic Church with Father Phil Wagner officiating. Interment will follow at the Arapaho Catholic Cemetery in St. Stephens, Wyoming. A feast will follow graveside services at Great Plains Hall. A Rosary will be recited 7:00 p.m., Monday, November 16th at St. Stephens Catholic Church with a wake to follow at the family home, 750 Rendezvous Road.

She was born March 21, 1982 in Riverton, Wyoming, daughter of Leo S. and Betty Ann (Washington) Addison. She was a lifelong resident of the Wind River Indian Reservation. She was a member of the Catholic Church.

Her family said that Leah enjoyed listening to music, cruising, and attending family gatherings and traditional ceremonies. She always had a smile on her face and a beautiful spirit.