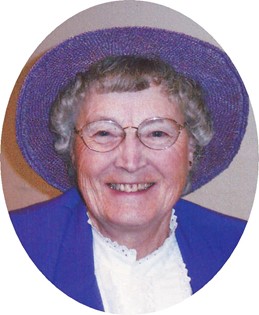 Guestbook 9
Elsie Oetken 83, of Riverton and Queen Creek, AZ passed away on Saturday, November 7, 2015. In Mesa, AZ. A memorial service will be held on Friday, November 20, 2015, at 2:00 p.m. at Davis Funeral Home with Pastor Mike Allen officiating. Interment will follow at Mountain View Cemetery in Riverton.

Elsie Marie Morrow was born on January 5, 1932 in Silver City, SD to Douglas Allen and Mary Trula (Hill) Morrow. She was one of seven children and attended grade school in Silver City, SD before her family moved to Crawford, NE where she graduated from high school in 1950.

On April 14, 1950 she married George Allen Oetken in Hot Springs, SD. In 1952 the family moved to Hidden Valley area outside of Riverton, Wyoming. Her husband was employed as a farm hand for Carroll and Mamie Riggs until the family moved into the city of Riverton in 1959. George and Elsie remained close friends with the Riggs family. They raised their four children in Riverton.

Elsie worked at Woolworth Department Store as a merchandiser and later worked and retired from BiRite Drug Store as a clerk. She then became a volunteer at the Riverton Senior Center assisting in wherever help was needed and was also a care giver for many years for the elderly. Elsie loved baking cookies and cinnamon rolls for family and enjoyed crocheting potholders and pot scrubbers. She enjoyed going to garage sales and visiting with friends.

Elsie was of the Baptist faith and studied the bible and helped others understand it and prayed for others. She spent her last remaining 5 years in Queen Creek, AZ

She was preceded in death by her parents, her husband George Oetken, brothers Robert Morrow and Fred Morrow and sister Betty Butler.