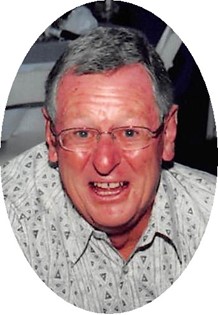 Mass of Christian Burial services will be held at 1:00 p.m. Sat. November 21, 2015 at St. Margaret’s Catholic Church in Riverton. Burial will follow the service at Mountain View Cemetery. Viewing and visitation will be held from 5 p.m. to 7 p.m. Friday, at Davis Funeral Home in Riverton.

Jerry was an active member of the Catholic Church, Knights of Columbus, church usher and greeter and Parish Council.

He worked for his family’s business for 40 years (Atwood Equipment Inc) in Farm Equipment and Car Sales, later working for Fremont Motors in sales.

Jerry was member of the Elks, Lions Club, Wyoming State Winter Fair Board, LVHS Booster Club, and Recreational District Board. He also served as a sports official and Little League Coach. Jerry was inducted into the Fremont County Fast pitch Hall of Fame. He was also in the Senior Olympics. Mr. Atwood enjoyed bird hunting and boating. He was an avid fan of all sporting events and loved snowmobiling. But his family says his greatest love was his family.

He was preceded in death by his parents, Ray and Helen Atwood and his niece, Kelly Ibach.