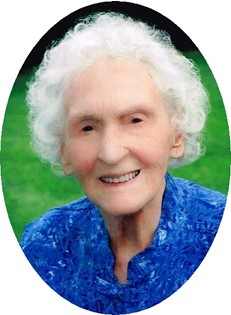 She was born October 31, 1915, in Albertville, Alabama to Charlsie (Howard)Sizemore and William Sizemore. William Sizemore died. Later Miriam’s mother married Dr. Marvin Denton of Oneonta, Alabama in 1919, who adopted Miriam as his own. She had three siblings Marvin Denton-deceased, Carter Denton of Birmingham AL. and Frances (Denton)Gordon of Richmond, VA.

Burial services will be held in Victorville, Calif. Dec.4th at 11:00am at Desert View Memorial Park where she will join her husband of 61 yrs. Hugh Samuel Denison.

Miriam graduated from University of Alabama at Auburn in 1938 with a degree in home economics. She interned at Grasslands Children Hospital, in New York and received her dietician License. It was at this time she met and married the love of her life Hugh Samuel Denison.

They began their life together in Albany, New York on March 3rd 1940. Soon they were off the world over with jobs in many countries as Hugh worked for Morrison- Knudson construction building dams. During World War II Miriam stayed home in Alabama and cared for her children while Hugh was in Saudi Arabia & Egypt, building airstrips and oil refineries for the war. After the war ended they moved to Brazil. A seven year job building water works for Rio de Janeiro, tunneling through the mountains to bring fresh water to a growing costal city. Miriam home taught her children there. When they returned to the U.S.A. in 1953 they bought a Motel in Barstow Calif. their third child was born and they lived there until they retired in 1977. They moved three more times, making a home in Riverton in 1999.

Miriam enjoyed music, piano, sewing, reading, crocheting, crossword and gardening. Most of all she loved having fun with her grandchildren.

Comments & Well wishes can be sent to www.DavisFuneralHome.com