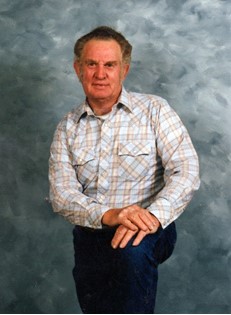 Walter Slane, 85, of Riverton, died on Saturday, November 28, 2015, at Wind River Rehabilitation and Wellness in Riverton. Cremation has taken place and a memorial graveside service with military honors will be held at a later date at Monument Hill Cemetery in Thermopolis, WY.

Walter D. Slane was born on August 25, 1930 in Des Moines, NM to Vernon and Georgia (Davis) Slane. When he was young the family moved to Thermopolis where he grew up and graduated from Thermopolis High School with the class of 1949.

After graduation he served in the U.S. Army as a Sargent in the Korea War. His unit was awarded the Distinguished Unit Citation for rescuing a number of soldiers that were surrounded by the enemy. They did this without any casualties. He was honorably discharged in November of 1951.

After being discharged from the service he began his life long career as a Boilermaker. He built many structures all over the country, He enjoyed and took great pride in his work.

On September 16, 1978 he married Estelee Horton in Jeffrey City, WY.

He made Wyoming his home base and lived in Wheatland for over 30 years. He moved to Riverton after retiring in 2003.

He belonged to the Masonic Lodge in Wheatland.

His family said that he loved fishing and hunting.

He is survived by his wife Estelee “Alma” Slane of Riverton; his son Jack Huston of Glenrock, WY; his daughter, Hanna Janell Slane of Ord, NE; his brothers, Bill Slane and his wife, Virginia of Wellington, UT and John Slane and his wife, Kay of CA; his great friend Wilma Slane; his seven grandchildren, Brandy, Michelle, Mallisa, Levi, Jessey, Brynnlei, and Presyn ; his six great grandchildren; and many many great friends.

He was preceded in death by his parents, Vernon and Georgia Slane; his daughters, Laura Gonzalis and Candice Caskey; and his sister, Birdie Bea Slane.

Memorials may be made to the Riverton Senior Citizens Center in care of Davis Funeral Home, 2203 West Main Street, Riverton, WY 82501.