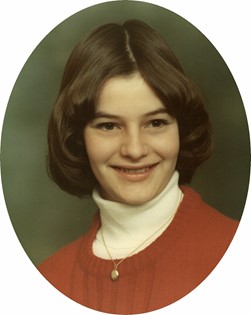 Funeral services will be at 11 a.m. Thursday, March 27, at St. James Episcopal Church, 519 East Park in Riverton, where she was baptized, confirmed, and served as an acolyte. Miss Porter was the first female acolyte to continue this service through high school.

Rebecca Jean Porter was born Aug. 21, 1959, to Robert C. and Jean Porter. She was a 1977 graduate of Riverton High School and later attended Central Wyoming College in Riverton.

Miss Porter worked at the Eagles Lodge and was a 20-yar employee of the Riverton B.P.O.Elks Lodge. She also worked at The Bull Restaurant until she became ill and had been a day care provider.

Her family and friends said that "from Becky we learned many lessons. She maintained a generous interest in their lives, delighted in others' joys, and was supportive of anyone she had ever met."

Miss Porter was a member of the Order of the Does #48.

Her hobbies included being a faithful supporter of the Riverton Wolverines and doting on her many nephews and nieces and great nieces and nephews, and children in general.

Her father, Robert C. Porter, preceded her in death in 1982.

Memorials may be in her name to Little Wind Hospice, to the Help for Health Home/or Bus, or to the fund for the completion of the Riverton Athletic Stadium.