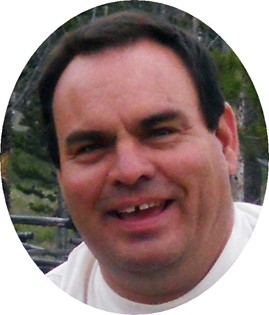 Guestbook 20
Dana Williams, of Shoshoni, Wyoming, died at his home on December 11, 2015. He was 51. A memorial service will be held in his honor at Shoshoni Community Room (Fire Hall) on Friday at 10:00 a.m. followed by a private family internment.

Dana was born to Richard Williams and Jeri Gattis on May 2, 1964 in Cheyenne, Wyoming.

He married Troi Bartlett on July 2, 1983. They attended Powell College prior to moving to Billings, Montana, where Dana attended Montana State University and worked on the Billings Life Flight for St. Vincent's Hospital. They moved with their children to Shoshoni, Wyoming, where they began publishing the Shoshoni Pioneer.

Dana lived in Shoshoni for 27 years, serving the community in various ways, including volunteer work as a firefighter and EMT. He also worked with youth as an elementary teacher and director for the Shoshoni Boys and Girls Club of America.

He had a passion for flying and was a member of Pilots for Christ. Dana also served in the Civil Air Patrol Search and Rescue. He loved sharing his passion for flying with his family and friends, as well as strangers that he could assist along the way. Dana's compassionate spirit guided his hobbies and choice of community services, as well as his professions.

Dana's zeal for life has inspired many. With a dedicated work ethic and drive for achieving every goal he set, he touched many lives, within his family, community and beyond. He never turned away from a situation in which he could offer his help to someone else in need.

Among his greatest loves was being a grandpa. Lovingly referred to as “Papa,” he greatly loved spending time with his six grandchildren, who brought out the child in him.

He is preceded in death by his grandparents.

Memorial donations can be made in Dana's name to Pilots for Christ in care of Davis Funeral Home, 2203 West Main Street, Riverton, WY 82501..