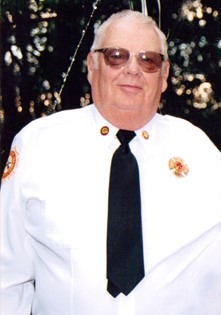 Walt Leonard Westling, Jr. was born August 4, 1931 in Chicago, Illinois. He passed away on December 24, 2015 with his family present at his Ranch home near Kinnear, Wyoming.

Funeral services will be 2:00 p.m., Wednesday, December 30, 2015 at Davis Funeral Home with a viewing preceding the service from 1:00 – 2:00 p.m. at the funeral home. Burial will follow at the Mountain View Cemetery.

He graduated from high school in Dwight, Illinois in 1951. He joined the Air Force in August of the same year and served for 20 years. He met his wife Joan E. Isaac at a USO dance when he was in basic training in New York. They were married May 16, 1953. After basic training Walt attended jet mechanics school in Amarillo, Texas where upon completion he was asked to continue on and teach jet mechanics through September 1967. He was assigned a 12 month tour in 1961 to Goose Bay Labrador, Canada. He later was transferred to Nellis Air Force Base in 1965 where he served as the Master Sergeant Noncommissioned Officer in Charge as Squadron Quality Control Inspector with the 57th Fighter Weapons Wing, F-4 Aircraft Inspection Section. He remained there until his retirement in 1971.

Walt retired from the Air Force to his family’s ranch near Kinnear, Wyoming and went to work for School District #6 in the Transportation Department where he retired as the Department head. He also served in the Morton Kinnear Volunteer Fire Department during that period of time.

Walt is survived by his wife and love of his life Joan E. Westling, his son Dave Westling and his wife Lisa Botham; granddaughters Lauren (Dan), Kayli, and Adar; his son Walter J. Westling, and grandsons Joey (Shandra) and Christopher (Koryn); son Gerard and wife Karla Westling; granddaughter Amanda Morris; daughter Kristi Albrandt, husband Derrin and grandchildren Kinzi and Tehgan; and step-grandchildren Dan McDonald, Jennifer Person and Ricky Andrews. Walt was preceded by his father Walter Sr., mother Bernardine Westling and his beloved daughter Joanne and husband Delmer Morris. Walt was passionate about his wife and family. He also loved his co-firefighters. He enjoyed working at the school with the kids. He was very active in the Boy Scouts and loved camping and fishing. Walt had a laugh no one could ever forget and was quite the kidder.

In Lieu of flowers, please consider making a donation to Clarence “Speed” and Linda Hartbank, Walt’s sidekick and best friend. Donations can be made in care of Davis Funeral home at 2203 West Main Street, Riverton Wyoming 82501