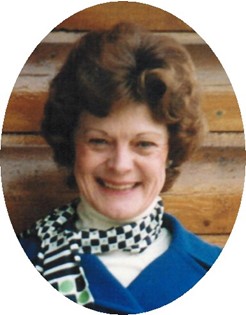 Guestbook 9
Kay E. Connally, 80 of Riverton and formerly of Dubois, Wyoming passed away after a bravely fought battle against cancer, Wednesday, December 23, 2015 at her son’s home in Riverton.

According to her wishes, cremation will take place and a memorial service will be held in the spring of 2016 with interment in the Dubois Cemetery next to her son, Wyatt.

Kay M. Emmons was born May 8, 1935 in Columbus, Ohio to Corwin and Alice (McCall) Emmons. She grew up in Ohio attending and graduating local schools. She attended the University of Texas where she met her future husband Wayne Connally. The couple married Nov. 12, 1955 in Floresville, Texas and enjoyed many years ranching and life in the political arena. Together the couple had three children, Wyatt, Pam, and Wesley.

Kay lived much of her life in Floresville, Texas where the family operated a cattle ranch and peach orchard. In 1985, Kay moved to Dubois, Wyoming where she enjoyed her many friendships, being involved in the Dubois Humane Society and many other community endeavors. In 2013 Kay moved to Riverton to be close to family.

She enjoyed the outdoors and was an avid reader and artist. Throughout her life, horses were a central part of her enjoyment.

She is survived by her sister, Dr. Coralie A. Emmons; daughter, Pamela Connally of Cody, Wyoming and her two children, Jessica and Bryce Neary; son, Dr. Wesley Connally and wife Elizabeth of Riverton and his two children Weston and Halston.

She is preceded in death by her son, Wyatt Connally, her parents, Corwin and Alice Emmons, and her former husband Wayne Connally.

Memorials may be made to the Dubois Humane Society in care of the Davis Funeral Home, 2203 W. Main Street, Riverton, WY 82501.