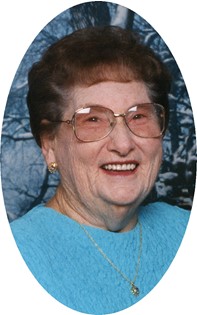 Rosalie was born to James Thomas and Effie Leona Lewis in Hannibal, MO

Rosalie graduated from High School in 1946 in Morrel, NE and then married Vernon O. Arndt on Aug 7, 1949. They moved to West Point, CA where they lived until they moved to Riverton, WY in 1985.

Rosalie worked as a Nurse’s Aide at Amador Hospital in California and also worked as a Companion for the Riverton Senior Center.

Rosalie loved to sew and was an excellent seamstress. She also loved to go fishing, camping and traveling, and usually had a crossword puzzle she was working on. She was a Lifetime Member of the VFW Auxiliary in Riverton where she held several offices including President. She also regularly attended First Baptist church in Riverton.

Rosalie was preceded in death by her husband, her parents, her sister and her brother.