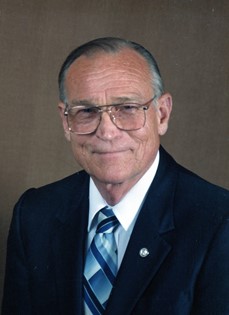 Guestbook 9
Guy L. Gilbert, 84, of Riverton died Saturday, January 9, 2016 at his home in Riverton. Funeral services will be 2:00 p.m., Thursday, January 14, 2016 at the Davis Funeral Home. Private burial will be at the Mountain View Cemetery in Riverton.

Guy LeRoy Gilbert was born June 28, 1931 in Macksville, Kansas to Lloyd E. and Emma J. (Peters) Gilbert. He graduated High School in 1950 in Donna, Texas. He served in the National Guard for 14 years.

He married Janice Ebarb. They later divorced. He later married Donna Jean (Willoughby) Nielson on October 18, 1977 in Alamogordo, New Mexico. They moved to Texas where they lived for 23 years before moving to Riverton, WY in 2000. She preceded him in death on Sept. 9, 2014.

He lived in Texas for 65 years living in Dallas, Fort Worth and Donna. He worked for Texas Instrument for 26 years as a machinist. He also worked in agriculture.

He was a member of the Masonic Lodge where he held many offices, Kaleb Shrine, and the K.C.C.H. Scottish Rite and was a past patron of the Eastern Star.

Guys hobbies including woodworking, traveling and especially enjoyed his family.

He was preceded in death by his parents, Lloyd and Emma Gilbert; wife, Donna Jean; brothers, Austin and Donald Gilbert.