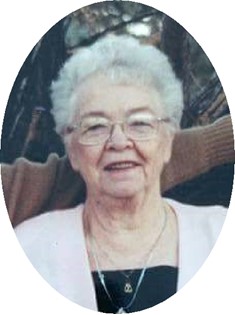 Mrs. Gross lived in many different places including Evanston, Canada, Greybull, Lyman and has lived in Riverton since 1994.

Eileen worked as a dispatcher for the Riverton Police Department, had numerous different waitressing jobs and owned and operated Eileen’s Sew-n-Sew.

She loved to read, crochet, embroider, quilt and make ceramics and porcelain dolls. Eileen was a member of the Homemakers OAO Club, Daughter of the Utah Pioneers and Porcelain Doll Club. She was also a member of the Church of Jesus Christ of Latter-day Saints.

Riverton services are under the direction of the Davis Funeral Home.

Evanston services are under the direction of the Crandall Funeral Home.