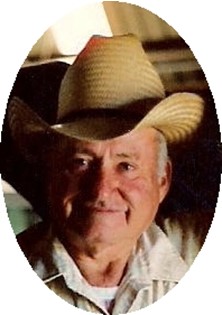 Guestbook 7
Kenneth “Kenny” James Standridge, 87, passed away from natural causes at his home in Yuma, AZ with his family at his bedside.

Kenny was born on June 14, 1928 in a one room, dirt floor, shack west of Kinnear, Wyoming. He is the son of Sambo Standridge and Rosa May (Lawson) Standridge. Kenny left home at the age of 14 with an 8th grade education. He served his country by joining the Navy until he was injured during active duty. He mastered numerous occupations, brick-layer, cement finisher, carpenter, rancher, pilot, building inspector and a police officer for the City of Lander. Kenny enjoyed the drilling industry, owning and operating R & S Drilling with his sons for 30 years. Kenny’s children take great pride in his accomplishments. He was a hard working man and expected the same from those around him. The best compliment you could receive from Kenny was an acknowledgement of your hard work.

Kenny married two beautiful, sweet women during his lifetime. Leola Ellerbruch and Callean Thompson. The children of Leola and Kenny are Julie, Judy and Kenton “Sonny”. The children of Callean and Kenny are Pamela and Scott. The marriages ended, but Kenny always held a deep respect and love for both Leola and Callean until the time of his passing. Kenny was very proud of his children and grandchildren and always looked forward to their visits.

Kenny enjoyed classic cars and was an avid collector. He could be found at most local auctions looking for a bargain. He loved nothing better than to wheel and deal. Kenny also enjoyed the country life, and at one time owned and operated a ranch at Arapahoe, Wyoming, raising cattle and registered quarter horses. And chickens, lots of chickens.

Kenny lived in several different states but Fremont County was always home to him. The last few years, Kenny resided in Dubois, Wyoming during the summer. He enjoyed visiting and cruising around with his good friend, Morris Van Ieteren. The stories they could tell. During the winter, Kenny enjoyed visiting with family and friends at his home in Yuma, AZ.

He was preceded in death by his parents, Sambo and Rosa, first wife, Leola , second wife, Callean, brother, Raymond and sister, Fay.

Memorials may be made to Dubois Senior Citizen Center or Tough Enough Fund in care of the Davis Funeral Home, 2203 W. Main Street, Riverton, WY 82501.