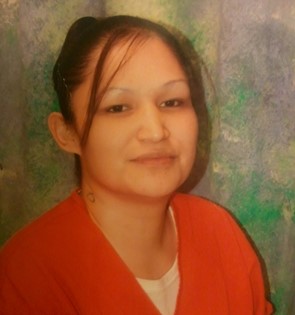 Guestbook 2
Funeral services for Tessa Larie Bell, 35, will be held 10:00 a.m., Wednesday, January 27, 2016 at St. Stephens Catholic Church with Father Phil Wagner officiating. Interment will follow at the Arapaho Catholic Cemetery. A Rosary will be recited 7:00 p.m., Tuesday, January 26th at Great Plains Hall with a Wake to follow.

Miss Bell died on January 20, 2016 at Help for Health Hospice Home in Riverton.

She was born January 2, 1981 in Riverton, Wyoming, daughter of Ava Marie Addison. She attended schools in St. Stephens and lived most of her life in Arapahoe, Wyoming except for a brief time living in Colorado.

Tessa was baptized into the Catholic Faith at St. Stephens Catholic Church.

Her family said that Tessa enjoyed taking care of her children and spending time with her family and friends. She worked various jobs along with being a homemaker.