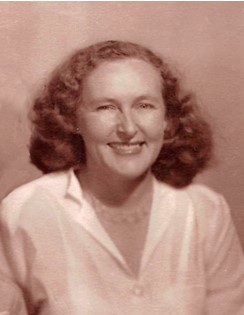 Guestbook 6
Betty Turner, 90, of Pavillion, died on Wednesday, February 10, 2016, at the home of her granddaughter. A funeral service will be held at the Sunnyside Church of the Nazarene on Tuesday, February 16, 2016, at 10:30 am. A viewing will be one hour prior to the services, starting at 9:30 am. Burial will follow at Mountain View Cemetery in Riverton.

Betty Rebecca Frazier was born on March 22, 1925 in Salt Lake City, UT to Paul Atlee and Pearl J. (Garrick) Frazier. When she was young the family moved to Table Rock, Wyoming and then on to Hoback Basin. She attended school during the summer months due to the weather at Hoback Basin made it hard to travel back and forth.

She was a member of the Sunnyside Church of the Nazarene.

Even though the weather might have been bad for school it was great for skiing and one of her fondest memories is skiing all day and then dancing all night. When she was fourteen she met the love of her life, Fred Eugene Turner and never looked back. On September 15, 1941, at the age of sixteen, they were married in Driggs, ID. They lived in Daniel, WY before moving to Shoshoni, WY. With their two boys they made their permanent home in Pavillion, WY where she lived until her passing.

While raising her family and working on the ranch, she worked as a head cook for the Wind River Schools for 33 years before retiring.

She spent her retirement years with her husband on the Turner Ranch. After Fred’s passing she continued to live and work on the ranch. She was still driving all over the county conducting business and visiting friends until just a few short months ago. She loved tools, horses, birds, cows, and above all spending time with her family.

She was preceded in death by her parents, Paul and Pearl Frazier, and husband, Fred E. Turner, brother, Doug Frazier and Paul “Van” Frazier; sister, Lucille P Todd; and grandson, Christopher L. Turner. On-line condolences may be made to the family at www.TheDavisFuneralHome.com.