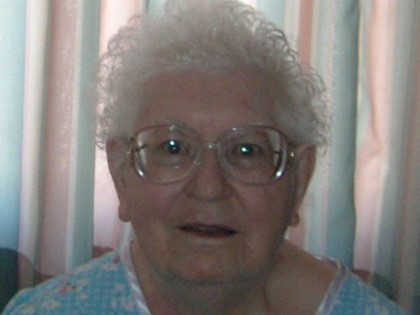 Clara Elizabeth Pearman was born on September 8, 1931 in Terre Haute, IN to George W. and Eva E. (Larison) Pearman. While growing up in Kalispell, MT, she lost her mother at a very young age.

On April 5, 1955 she married Frank S. Bringolf in Bigfork, MT. After the wedding they moved to Riverton where they raised their three children and made it their forever home.

Before she was married she worked in a hospital with the nuns. After marriage she was a homemaker full time.

She enjoyed painting ceramics, embroidering, and the family visits while she was in the nursing home.

She was preceded in death by her husband, Frank S. Bringolf; mother, Eva Pearman; father, George Pearman, and her step-mother, Mary Pearman.