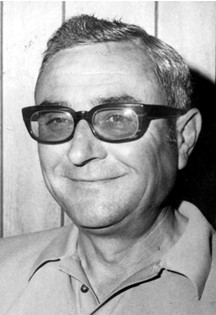 Guestbook 0
Long-time Riverton radio owner and broadcaster Tony A. Kehl died at his home in Riverton Saturday morning, April 21, 2007. He was 82 years old.

Memorial services will be at 11 a.m. Thursday, April 26, at St. John Lutheran Church in Riverton. Pastor Michael Johnson will officiate.

His formal education was interrupted by his military service with the U.S. Navy during World War II. He served aboard the aircraft carrier Liscolm Bay which was sunk while in active service. Mr. Kehl suffered disabling injuries but was one of the few survivors. He spent the remainder of his military duty selling bonds for the war effort.

Following the war, he returned to Scottsbluff, Neb., 1945-1961 and had been a Riverton resident until his death.

Mr. Kehl began his professional radio career after WWII at KOLT in Scottsbluff and, in 1961, purchased KWRL radio in Riverton, changing the call letters to KVOW. In 1976, KTAK-FM was added to his local broadcasting business. He was also involved with radio stations in Montana and Nebraska, as well as Wyoming, and retired from the active radio business in the early 1990s.

He was a life-time member of the Riverton B.P.O.Elks Lodge, served on the Riverton City Council for a full term in the early 1970s.

He was appointed by Gov. Ed Herschler to serve on the Wyoming Highway Commission 1976-1982.

His family said Mr. Kehl enjoyed playing golf, fishing, bird hunting, family camping trips, and reading. He was an avid fan of the Rockies and the Broncos.

Survivors include his wife of nearly 62 years, Grace Kehl of Riverton; sons, Jeff Kehl and wife Karen of Riverton and their children, Brandon, Shane, Regan, and Adam, and Steve Kehl and his wife Lucy of Green Valley, Ariz., and his son Jay; daughter, Toni Kehl of Vacaville, Calif., and her two children, Ryan and Robin Krystek; the seven aforementioned grandchildren and two great grandchildren; a brother, Leonard Kehl and his wife Eugenia; a sister, Lorrine George.

He was preceded in death by his parents, two brothers, and a sister.

Memorials may be made to St. John Lutheran Church or the Veterans of Foreign Wars Post #3628, in care of the Davis Funeral Home, 2203 West Main, Riverton, WY 82501.