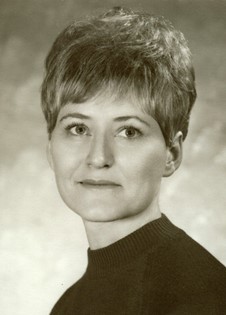 Guestbook 1
Esther L. Curran , mother of Wendy Miller of Riverton, died Thursday, March 20, 2008 at Riverton Memorial Hospital. She was 74 years old. Cremation has taken place, and a memorial service will be held this summer in Lewistown, Mont. Esther Louise Gremaux was born on Feb. 11, 1934, in Lewistown, Mont., the youngest of seven children of Emil Constant Gremaux and Edith Mae (Barney) Gremaux. She was graduated early from high school and attended the University of Montana, where she met John Gordon Curran. Mr. Curran earned his accounting degree, became a CPA, and they were married in July of 1952. Mr. Curran was commissioned in the U.S. Navy and the newlyweds were stationed in San Diego, Calif. Their first daughter, Wendy, was born there. Family and employment caused the Currans to move back to the Wyoming/Montana area and they settled in Billings. They had two sons and another daughter there. Mr. Curran was killed in an automobile accident in 1965. Mrs. Curran returned to school and earned a teaching degree and later, a Master’s degree in education at Eastern Montana College in Billings. She found employment in Powell, and taught English and language arts for over 20 years. After retiring from teaching, Mrs. Curran moved to Fountain Hills, Ariz., to be close to family and "to live the big city life." Her family said she spent countless hours cooking, decorating, playing bridge, quilting, reading, and enjoying her grandchildren. Mrs. Curran returned to Montana when her health caused her to require more help from family and friends. In addition to her daughter Wendy Miller and her husband David of Riverton, Mrs. Curran is survived by her sons, Steve Curran and his wife Linda of Brinnon, Wash., and John Curran and his wife Suzanne of Monument, Colo.; two sisters, Pauline Niehuus of Kalispell, Mont., and Margaret Svejkovsky of Bozeman, Mont.; seven grandchildren, Andrew, Scott, Brett and Amy Miller, Ben Emily and Danny Curran. She was preceded in death by her husband Gordon and a daughter Tracy; three brothers, Jim Gremaux, Ed Gremaux and Alec Gremaux, and one sister, Eva Thielman. On-line obituaries are available and condolences for the family may be made at: thedavisfuneralhome.com Services are under the direction of the Davis Funeral Home of Riverton.