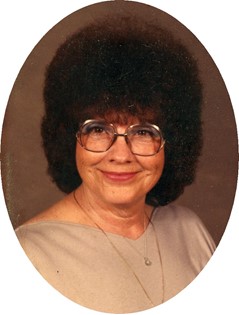 Dot was born on October 15, 1937 in Newcastle, Wyoming, daughter of Edward E. and Eva (Moore) Cunningham. The family moved to Riverton when Dorothy was 6 months old.

She graduated from Riverton High School and then from Beauty School also in Riverton.

Mrs. Skinner worked as a Teacher’s Aide for several years at Jefferson Elementary and enjoyed spending her days with the children. She also co-owned and worked at Skinner’s Yamaha and Bike Shop. Dot was a beautician for 35 years, owning and operating Cut N Curl before retiring due to health issues.

Dot enjoyed sewing and loved to talk on the CB Radio to others around the world. In her younger years, she enjoyed motorcycle racing with her husband and also bowling.

Mrs. Skinner is a member of St. Margaret’s Catholic Church.

She was preceded in death by her parents, husband, Richard, April 8, 2012 and her granddaughter, Nicole Ann Skinner on April 22, 2009 as well as 8 brothers and sisters.