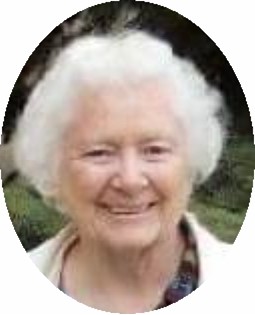 Guestbook 0
Eloise Twitchell, 85, of Riverton died on Thursday, April 21, 2016, at her home. A funeral service are scheduled for 10:00 am at the Church of Jesus Christ of Latter Day Saints on Wednesday, April 27, 2016. Burial will follow at the Chief Washakie Cemetery in Fort Washakie, WY.

In Wyoming, she met and married the man of her dreams, Leonard Lex Twitchell. Upon graduating from FCVHS they married and began their lifelong love story.

Eloise was very active in the LDS Church, serving in many positions in Primary and Relief Society. She also taught Sunday school and was active in Utah Daughters of the Pioneers.

She was a very creative lady. She made us Christmas ornaments every year in addition she loved to knit, quilt, and grew a variety of flowers and foods.

As a lady that liked being active she was a substitute teacher, teacher’s aide, CNA, and held several positions thanks to the Seniors at Work Program.

Eloise was preceded in death by her husband of 49 years, an infant daughter, Lexann, a grandson, Jason Appleby, her daughter in law, Cherlyn Twitchell, brother, George Edward Boan, sister, Gertrude Mae Scott, and her parents, Viola and Fred.

Memorials may be made to the family in lieu of flowers in care of Davis Funeral Home, 2203 West Main Street, Riverton, WY 82501.