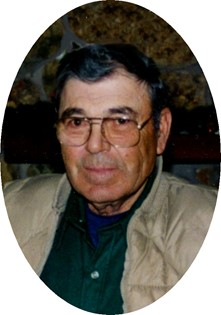 William Francis Brown was born on March 26, 1931 in Britton, SD to Homer Francis and Gladys M. (Rhayn) Brown. He grew up with his siblings on the family farm near Cogswell, ND.

He moved to Riverton in 1950 where he married Betty Ann Conat at the original Methodist Church in Riverton on February 27, 1950. They made Riverton their home for the next 66 years, raising their three boys on the farm.

When Bill first moved to Riverton he worked for Bill Morey Construction then for Gilpatrick Construction for 15 years as a heavy equipment operator and a foreman. In 1963 he bought the family farm on Missouri Valley and 8 Mile. He continued to farm full time and work for Midvale Irrigation from 1986 to 2000 as their manager before retiring to the farm only.

He was a member of the Sugar Beet Growers, Wool Growers, the Soil Conservation Associations, and the Midvale Fire Department.

He loved big game hunting, woodworking, fabricating, reading, and “running around” on his ATV. He was a Wyoming history buff and read as many books as he could on the subject and was very knowledgeable. He fell in love with dirt moving and road building after his first job and did it for “fun” after he retired to the farm. His favorite piece of equipment to run was the #1 Motor Grader. He was proud to have been one the original pavers when the streets of Riverton were first paved by Gilpatrick Construction.

He was preceded in death by his parents, Homer and Gladys.

Memorials may be made to the American Cancer Society in care of the Davis Funeral Home, 2203 W. Main Street, Riverton, WY 82501.