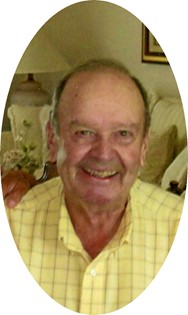 Guestbook 1
A Memorial Service for Richard Henry Hartwell, 82, will be held at a later date.

Mr. Hartwell died on April 22, 2016 at the Help for Health Hospice Home in Riverton, Wyoming.

He was born February 2, 1934 in Midwest, Wyoming, son of Henry Pilbean and Alberta Regina (Wagner) Hartwell. Richard grew up in Midwest and moved to Casper in 1947. He graduated from Natrona County High School in 1952. He was a star athlete lettering in football, basketball and track during his high school years. He was awarded a basketball scholarship to Colorado School of Mines. He transferred to University of Wyoming his sophomore year and received his B.S. Degree in Petroleum Engineering in 1958. While at the University, he was a member of the Phi DeltaTheta.

After graduation he served in the United States Army and received an honorable discharge.

Richard worked in the Plant Operations and also was an Engineer on the production side at Amoco for 36 years. He retired in 1992 and moved back to Riverton.

Mr. Hartwell was a Lifetime member of the Elks in Riverton, serving in numerous offices.

He enjoyed golfing, his pets and loved the mountains and camping. His family said that Richard also enjoyed recanting old oilfield stories.

Memorial contributions to the Elks Scholarship Fund in care of Davis Funeral Home, 2203 West Main, Riverton, WY 82501 will be appreciated.

On-line condolences for the family may be made at the Davis Funeral Home.com.