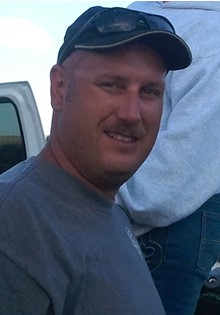 Guestbook 2
Justin Juve, 43, of Riverton died on Thursday April 28th, 2016 at the University of Utah hospital in Salt Lake City, UT after a sudden illness.

Justin Thomas Juve was born on December 6, 1972 in Riverton, WY to Jim and Patricia (Leaming) Juve. He spent his childhood in Riverton and graduated from Riverton High School in 1991. During high school he joined the Army and attended boot camp. After graduation he transferred from the Army to the US Navy. Justin served proudly in the US Navy on several aircraft carriers. He later applied to and passed the training to be part of the submarine corps earning his dolphins. He served in the submarine corps until a chronic illness rendered him disabled from military service. After serving his country he relocated with his family to Vicksburg, MS where he spent the next 12 years. 3 years ago he returned back home to Riverton where he spent the remainder of his life.

Justin was a lifetime member of the VFW and a serving member of the Riverton Elks Lodge BPOE. Justin was skilled at all forms of technology and enjoyed fixing computers and other electronics. He enjoyed hunting, fishing, camping and all other outdoor activities. He loved to garden and cook as well as eat good food. Justin was a proud dad and enjoyed spending time with and bragging about his children to others.

A celebration of life will be held at the Riverton Elks Lodge on Tuesday May 3rd at 5pm.