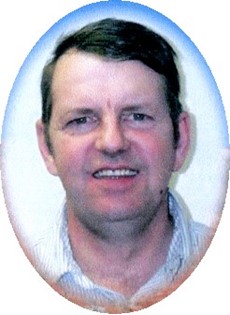 Guestbook 2
Funeral services for Robert “Bob” Dean Forster, 59, will be held on 2:00 p.m., Saturday, May 14th at the Davis Funeral Home with Pastor Tim Brown of the Riverton Church of the Nazarene. Interment will follow at Mountain View Cemetery. A Viewing will be held from noon until service on Saturday.

Mr. Forster died on May 9, 2016 at his home in Riverton after a courageous battle with brain cancer.

He was born on May 1, 1957 in Montebello, California, son of Dale Henry and Mary Ellen (Albertson) Forster.

In Bob’s’s younger years, he worked on farms in the summer and then worked in the woods logging. He came to Wyoming to work in the oil fields, driving truck, in 1979 until the oil field shut down. He then became an over the road truck driver. Bob decided to go to Diesel Mechanic School at Western Dakota Vo Tec in Rapid City, SD. Following his time at school, Bob went to work for Trimac in Rock Springs for several years. In 1991-1992, he was the Employee of the Year. He moved back to Riverton in 1986, driving truck for Groendyke for 16 years. Following this job, he worked for R& C Truck in Thermopolis to be home at night with his family. In 2010-2011, Bob was the winner of the Tank Division of the Wyoming State Truck Driving Championship. This award took him to Nationals in Columbus, OH and Florida. His whole family was able to attend along with him.

Bob’s family was most important to him. He also enjoyed reading, spending time outdoors and always looked for the good in everything. He loved to laugh and enjoyed planting a garden every year. Bob had a very strong work ethic and took pride in everything he did.

Survivors include his wife, Mary of Riverton; son, Joshua also of Riverton along with their pets, Scruffy and Boo Boo; brother, Paul Forster of Lead, SD; sisters, Lida Buchans of Los Lumas, NM, Faith Zeglin and her husband, Chuck of Petaluma, CA, Connie Baier of Bells Foueche, SD and Paula Lee of Rapid City, SD; and numerous nieces and nephews.

He was preceded in death by his parents and brother, Barry Forster.

On-line condolences for the family may be made at theDavisFuneralHome.com. Services are under the direction of the Davis Funeral Home