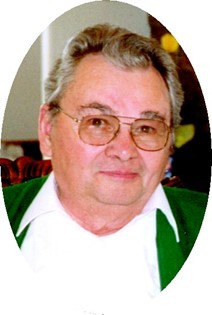 Guestbook 0
Gerald Youtz, a longtime resident of Riverton, died after a short battle with cancer on Tuesday, April 26, 2016, at the Help for Health Hospice Home, surrounded by close friends and family. He was 87 years old.

A memorial service is at 2 p.m. Saturday, June 11, at Davis Funeral Home. All memorial gifts will be given to Child Evangelism Fellowship of Wyoming at the request of Mr. Youtz. Memorials can be sent to CFF in care of Dale Adams at 926 Elk Drive, Riverton, WY 82501

While serving in the Navy, Mr. Youtz accepted the call to full-time ministry. He became a pastor and ministered to church congregations in Oregon, Indiana, Colorado and Wyoming.

“Jerry was a man of God, doing God’s work,” family members said. “In his 60-plus years of service for the Lord he spoke and lived the salvation message to anyone who would stop and talk to him. This started in the 1950s when he himself was saved. This message carried through all his life and even during his time at the hospice home, he loved the Lord and His word. Mr. Youtz loved visiting and would often times visit for hours telling of God’s love for him and you.”

He attended Lighthouse Bible Church in Riverton and was a pastor at a church in Riverton. His pastoral duties sent him from the East Coast to the West Coast and places in-between. “His gracious wife, Madeline, would gladly follow,” the family said.

“He always had a story to tell you of his military career,” the family continued. “He spent two years in the Army, telling you he adamantly did not like it. He received an honorable discharge, and then the Korean War broke out. Knowing that the Army would call him back, he went to the Navy recruiter joining up.Tthe Army at the same time had sent a draft notice and the day he received it, he had already joined the Navy. There was a short battle between the Navy and the Army as who would get Jerry for the service. The Navy won.” While in the service Mr. Youtz was a member of the military band and did duty at Arlington Cemetery in Washington D.C.

He was also an avid reader and loved woodworking.

Jerry Youtz is preceded in death by his parents, Harvey and Catherine Youtz, his wife, Madeline H. Youtz; and his sister, Nancy Youtz Dehner.