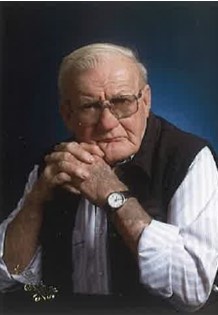 Guestbook 1
On May 23rd, Joel Thomas “Joe” Clymore went home to his final rest after a lengthy battle with various illnesses. Joe was born in Worland, Wyoming on May 28, 1936 to Joel William “Bill” and Marie nee Scrivener Clymore. As a child, he lived for a few years in Missouri, then returned to Wyoming where he lived the rest of his life.

Mr. Clymore married Alive Minard in 1959, they later divorced. Survivors include his children, Joel D. and Cindy Clymore of Riverton, Jeanne Clymore of Corcoran, Minnesota, Allison and Bob Felton of Riverton; his grandchildren, Joel Dylan, Kayla, Harmony, Levi, Aunaka and Abigail. He is also survived by his brothers Darryl Clymore and Steve Clymore, both of Casper.

During his early adulthood, Joe farmed around the Worland area before starting his truck driving career. Some of his best memories he had of driving trucks were of the years he spent hauling livestock for Geis Trucking out of Worland and hauling water in the oilfields for Brad’s Hotshot out of Riverton.

Joe enjoyed fishing, attending the Annual Antique Tractor Show in Shoshoni and the annual Riverton Rendezvous, yard sales, flea markets and spending time with his buddies. He was a member of the Eagles for many years.

A graveside service will be announced later this summer, however his family would like to invite all who are interested to a potluck picnic between 1 and 3 p.m. this Sunday, May 29 at 731 Cherry Street in Riverton. The family will be grilling the main dish and welcome all to come, chat, tell stories and remember Joe in the way he would want to be remembered. In lieu of flowers, donations to your favorite charity would be appreciated.