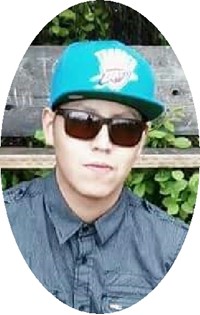 Guestbook 2
Funeral services for Terrance Michael Antelope, 22, will be held 10:00 a.m., Saturday, June 4, 2016 at St. Stephens Catholic Church with Father Phil Wagner officiating. Interment will follow at the Arapaho Catholic Cemetery. A Rosary will be recited 7:00 p.m., Friday, June 3rd at 403 Left Hand Spur Road with a wake to follow.

He was born on August 12, 1993 in Riverton, Wyoming, son of Terrance White Antelope Edna Washington Antelope.

Mr. Antelope was of the Catholic faith.

His family said that Terrance liked playing video games, listening to music and playing basketball. He loved traveling, going for walks and being around his family, visiting and laughing. He enjoyed making people smile.