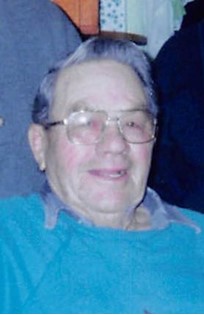 Guestbook 2
A Memorial Service for Leslie Raymond Saunders, 88, will be held 11:00 a.m., Friday, June 10, 2016 at the Davis Funeral Home with Pastor Cleve McSwain of the Pavillion Community Methodist Church officiating. Cremation has taken place under the direction of Davis Funeral Home. In lieu of flowers, cards would be appreciated.

Mr. Saunders died on June 5, 2016 at the Sheridan Manor in Sheridan, Wyoming.

He was born on September 6, 1927 in Fremont, Nebraska, son of Charles and Helen D. (Stephenson) Saunders. As a child, he and his family moved to Fremont County to farm in the Johnstown Valley near Kinnear. Leslie attended the old school at Ethete, Wy. He continued to live in Johnstown Valley for 63 years raising cattle and sheep. Leslie retired from the Wind River School District as a bus driver.

Mr. Saunders served in the United States Army during the Korean Conflict. He was a member of the VFW.

He was preceded in death by his parents and sister, Phyllis Watson.