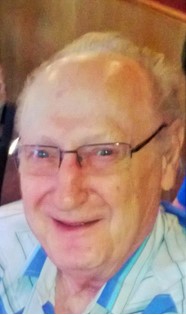 Guestbook 1
Forrest Wendell Sowards, 84, of Riverton, went to be with his beloved wife Eula on Wednesday, June 08, 2016, while at the Help for Health Hospice Home in Riverton. There are no services scheduled.

Forrest was born on November 6, 1931 in Williamsport, Ohio to Henry and Grace (Tootle) Sowards. He grew up, attended schools and graduated from high school in Williamsport.

He met his wife, Eula Mae Johnson, during his time in the service. They were married on August 16, 1952 while he was serving in the U.S. Air Force. They made their home in Circleville, Ohio where he was a police officer for a couple years. He then started work at Rockwell Standard in 1958 as a Carborizing Furnace Operator in Heath, Ohio, where he and his family moved to Hebron/Buckeye Lake, Ohio. He worked for Rockwell for 38 years. He remained in Ohio until 2005 when he moved west to Wyoming to be with his son and family.

Memorials may be made to St. Margaret’s Catholic School in care of Davis Funeral Home, 2203 West Main Street, Riverton, WY 82501.