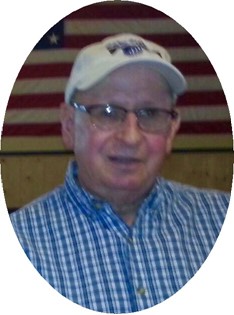 Robert Sherman Klinger was born on November 18, 1940 in Rock Springs, WY to George Klinger and Mary (Smail) Klinger. When he was young child, the family moved to Lander. He attended schools in Lander and graduated from Lander Valley High School with the class of 1959.

On September 17, 1966, he married his wife of 49 years, Mary Weibel. They had two daughters together, Lisa and Robin.

In 1966 he started working for U.S. Steel and remained with them through the closing and reclamation of the sight. Then he worked for High Country Construction until retirement. He was well known for his expertise in tying flies. He was avid fly fisherman and loved camping and hunting. He took great pride in planting and managing his beautiful vegetable garden. Above all he loved his family and friends, first and foremost and enjoyed being with them.

He was an active member of the Lander Elks Club.

Memorials may be made to the Lander Elks Club or Lander Pet Connection in care of Davis Funeral Home, 2203 West Main Street, Riverton, WY 82501.