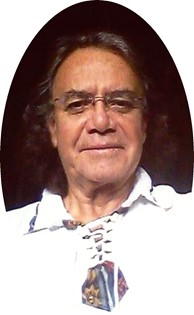 Bennie Earl LeBeau, Sr., was born July 15, 1950 in Fort Washakie, Wyoming to Earl Patrick LeBeau and Dorothy Ada Denver. He grew up and lived the majority of his life in Fort Washakie. He attended schools in Kinnear, Crowheart and West Jr. High in Fort Duchesne, Utah and Union High in Roosevelt, Utah. He studied and received his Associates of Science degree environmental studies at Central Wyoming College and furthered his studies in Anthropology and Archaeology at Northern Arizona University at Flagstaff, Arizona.

His companion was Arlene Santillanes for many years.

He married Leslie K. Trosper on January 8, 1982. From this union they had four children. They later divorced.

He worked in the Uranium mine at Jeffrey city, was an Outfitter Guide in the Wind River Mountains, worked construction operating heavy equipment, and was an artist creating art with his own hands.

He enjoyed his family, hunting, fishing, hiking, camping, beadwork, and sewing - making Sundance outfits. His family said he loved to travel to various places and was a spiritual environmentalist.

He was in the United States Air Force for four years and was honorably discharged.

He was baptized Catholic as a baby and grew up with the Native American Faith and believed strongly in ceremonies and spiritual ways.