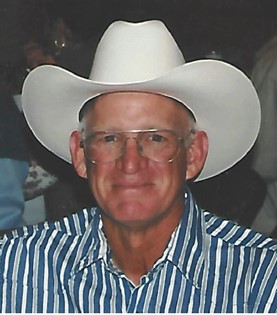 Guestbook 4
Longtime resident, rancher, farmer, and businessman Joseph Biedenharn Dennis has passed away after a long gun fight with the grim reaper. Joe grew up in San Antonio, Texas with his sister Catherine. He attended Alamo Heights High School and spent his youth under his Uncle Woodsy’s tutelage learning how to hunt, fish, and be a self-sufficient young man while giving his sister and mother plenty of grief.

After high school he attended the University of Texas where he received his master’s degree in electrical engineering. Upon graduating, he worked for Texas Instruments in Houston, Texas but his strong love of the outdoors led him to Riverton, Wyoming where he started his consulting business with his long-time friend, eventually leading him to work for LRC. After LRC was bought out by Eaton, Joe became the youngest general manager in the company’s history. Before retiring in 1992 (to focus full time on family, ranching, and farming) Joe had built Eaton Printers, which became DH Print, into the largest manufacturing company in the state of Wyoming.

After working with cattle full time for the next 10 years and realizing cows are not the best conversationalists, he partnered up with the former owner of DH Print and a former manager to save the printer plant from being closed. To Joe it was worth the risk to create the employee owned firm Pertech Resources because it would keep dozens of Wyomingites employed. It also provided him with his favorite memory of seeing the company President dress up as Santa to pass out Christmas bonuses as a thank you to all of the employees who worked diligently and sacrificed to keep the plant going.

Above all Joe loved his family, the state of Wyoming, and all of the good men like Mark Leonhardt who helped him build his Ranch into one of the finest places a man could spend his life. Joe is survived by: his wife, Hope Dennis; sister, Catherine Costolo; eldest son and daughter in law Albert and Christina Dennis, youngest son and daughter in law Will and Kami Dennis, as well as beloved grandchildren Kane, William II, Richard, and soon to be born granddaughter.

In lieu of flowers, Joe has requested donations be sent to the NRA and wanted to remind everyone to vote for Republicans.