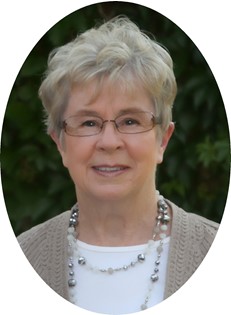 Guestbook 16
Dianne B. Tippets, 77, of Riverton died Thursday, June 30, 2016 at the Help for Health Hospice Home in Riverton. Funeral services will be 10:00 am, Tuesday, July 5, 2016 at the Church of Jesus Christ of Latter-day Saints (430 Elizabeth Dr, Riverton, WY 82501). A viewing will precede the service (9:00 am at the church). Her interment will follow the funeral service at the Mountain View Cemetery. Dianne Elizabeth Barkley was born January 29, 1939 to Edwin Arthur and Mildred Lee (Sutley) Barkley in Sterling, Colorado. While attending Fleming High School, she was very involved in activities including softball, choir, and cheerleading. Dianne also served as a band majorette, Class President and graduated as Valedictorian in Fleming, Colorado in 1957.

Following high school, she enrolled in the University of Colorado at Boulder and in 1961 she graduated with a Bachelor’s Degree in social studies and education. She also later studied advanced organ and piano at York University in Toronto, Canada.

While at the University of Colorado, Dianne took several honors courses and was very active in student affairs. She served as the Panhellenic President leading over 3,800 sorority women, was a member of the Student Senate, and was selected for membership in several honorary societies.

On June 11, 1961, Dianne married Dennis W. Tippets in Fleming, Colorado. The couple was later sealed in the Salt Lake LDS Temple. After living in Colorado, the state of Washington, Canada, and Ohio the couple moved to Riverton, WY in 1972. There they built the home where they currently reside and raised their three children. Dianne started her career as a junior high and elementary school teacher and taught for five years impacting a wide range of students. After moving to Riverton, she had a well-respected career as a Certified Real Estate Appraiser. Mrs. Tippets loved serving in a variety of callings in her church. She held many positions with the youth and women’s groups, serving as President for both the Relief Society and Young Womens’ organizations at the ward and stake levels. She was also the Director of the Family History Center. She particularly enjoyed serving as the pianist/organist and taught many interested students to play the organ and encouraged and inspired many more to develop and pursue their musical talents. Dianne also taught manners and proper etiquette classes to church youth groups for many years. Dianne and Dennis have always been very involved with community service and public affairs. She served as Chairperson of the Wyoming State Parole Board. Additionally, she served on the boards of the Riverton Kiwanis Club, Wyoming Senior Citizens, Inc. and also SageWest Hospital. She co-founded and became President of the Wyoming State Chapter of MADD (Mothers Against Drunk Driving.) This organization remains strong and continues to have a significant influence on improving driver education and drunk driving laws in Wyoming.

As the President of the Chapter H, Riverton P.E.O. (philanthropic education organization), she helped provide scholarships to local college-bound women. She later became the President and State Board Member of the Wyoming State P.E.O. sisterhood with over 3,000 members in 43 Chapters.

As the First Lady of Riverton, Dianne was the hostess for the dedication of the new Riverton City Hall building. In 2013 Dianne received the Riverton Chamber of Commerce Lifetime Achievement Award.

Her survivors include her husband of 55 years, Dennis, who remains in Riverton; daughter, Lynn Tippets-Fazen, her husband, Stephen Fazen, and their four children, Madisenne (Maddie), Nolan, Collin and Cooper, of San Diego, CA; son, Kevin Tippets, his wife, Niki, and their two daughters, Terra and Kaia, of Riverton; son, Bruce Tippets and his wife, Stephanie, of Vernal, Utah; sisters, Barbara Meakins, of Haxtun, CO and Sherrilyn Yost and her husband, Alvin, of Deadwood, SD; brothers-in-law, Lewis R. Tippets and his wife, Karen, of Orem, UT and Mark W. Tippets and his wife, Wendy, of Orem, UT as well as five nieces and seven nephews. She was preceded in death by her parents and infant son, Brent Edwin Tippets. Memorials may be made to Help for Health Hospice Home in care of the Davis Funeral Home, 2203 W. Main Street, Riverton, WY 82501. Online condolences for the family may be made at www.TheDavisFuneralHome.com.

Services are under the direction of the Davis Funeral Home with Bishop Marc McLaughlin conducting and Riverton, Wyoming Stake President Scott Phister presiding.