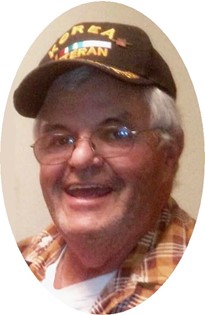 Guestbook 11
Philip H. Lavoie, 77, of Riverton died Wednesday, June 29, 2016 at his home. Philip H. Lavoie was born August 17, 1938 in Providence, Rhode Island to Roland N. and Mary E. (Morris) Lavoie. He was raised in Rhode Island graduating high school before joining the Army and serving his country proudly in the Korean War. He later took flying lessons in Denver, CO. Becoming a pilot for charter and commercial airlines in the 1960’s – 1970’s. After serving in the Army he was a salesman in pharmaceutical sales and managed Bi-Rite Drug Stores in Casper and Sheridan, to then settle in Riverton working for his father in law, Clark Hutchison at the Bronco Bar then operating heavy equipment in the Gas Hills for Lucky Mac for 11 years, then after the layoffs, he along with Marilyn owned and operated Daisy Cleaners, Daisy Laundry and Daisy Embroidery, Daisy Janitorial and PhilMar Enterprises along with JC Penny Catalogue sales for many years until his retirement. In his retirement years he loved driving Semi’s for different companies and traveling being able to see the world. His great love was driving school buses for Riverton School District, driving the kids to school and on their activity buses to their sports or conferences all over the state; he absolutely loved interacting with the kids and coaches. The job he was most proud of in life was being a grandfather.

Philip married Marilyn J. Hutchison April 16, 1968 in Casper, Wyoming. His family said he enjoyed carpentry work, putting together model air planes, camping, traveling and driving. He was involved in many civic and church activities that kept him very busy. He was a past member of the Elks Lodge, Rotary Club, Sertoma, Modelers Park, past board member of the Riverton Chamber of Commerce. He was very involved in Camp Bethel on the Big Horn Mountains and was a part in starting the CATS Museum for children and youth in Riverton. Philip served the U.S. Army during the Korean War that was his biggest and scariest missions, a sharpshooter for the Military Police and was part of Security Forces while in Japan for secret missions; he was honorably discharged in 1960. He was a true Patriot.

He was preceded in death by his Parents, Roland and Mary Lavoie; and brother, Ronnie Lavoie.

A viewing will be Friday, July 1, 2016, 5:00 – 7:00 p.m. at Davis Funeral Home. A memorial service will be held Wednesday, July 6, 2016 at 2:00 p.m. at the United Baptist Church with interment to follow at Mountain View Cemetery with military honors. A reception will be at the Church following the burial.