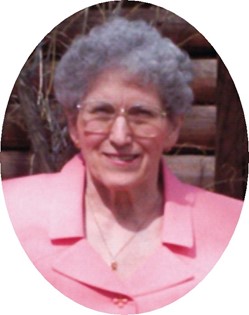 Guestbook 10
Joan E. Westling passed away on July 12th, 2016 surrounded by her sons and with the loving blessings of her family. Funeral services will be 10:00 a.m., Thursday, July 21, 2016 at the Davis Funeral Home in Riverton. Father Demetrio Penascoza officiating. Burial will follow at Mountain View Cemetery in Riverton.

On July 12th, 2016 Joan E. Westling passed away surrounded by her sons and with the loving blessings of her family.

Joan was born June 7th 1932 in Rochester New York, the 7th child of Joseph and Elsie Isaac. She met a young Airman jet mechanic at a USO dance and they were married on May 16, 1953. The mother of three sons and a beautiful daughter, Joan loved being an Air Force wife and mother. When Walt retired from the Air Force in 1971, Joan and family moved from Las Vegas to the big city of Morton, WY. Several years later, Joan surprised the family with news of a fifth and final child, the second daughter she always wanted so Joanne would have a sister. Joan was passionate about her family and she enjoyed doing crafts and crochet. She also loved camping with the family where she got a break from cooking and cleaning. Always a devout Catholic, Joan was a member of the Saint Edwards Catholic Church in Morton/Kinnear for over four decades.

She will be truly missed by all as she was a joy to be around. She was greeted into everlasting life by her husband Walt, daughter Joanne, son-in-law Delmar Morris and one brothers and four sisters.

Memorials may be made to Frontier Hospice in care of the Davis Funeral Home, 2203 W. Main Street, Riverton, WY 82501.