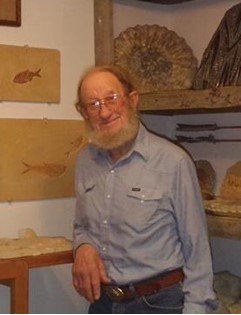 Guestbook 4
Glen ‘Lee’ Nelson, 79, of Riverton died Tuesday August 9, 2016 at his home after an illness. No funeral service will be held per his request. A Celebration of Life with family and friends will be at a later date to be announced.

Lee was born December 20, 1936 in Hammond Indiana to Arthur and Mary (Funke) Nelson. He grew up in Portage, Indiana and was active in photography and development of his photographs. Many of those of school events and graduation photos from Crisman and Portage High School where he was graduated from. He also enjoyed walking the cornfields of Northwest Indiana looking for arrowheads and such began his lifelong joy of rock hunting which he enthusiastically shared with family and friends.

He met his future wife Shirley Ann Michaels while visiting friends and they were married August 15, 1959 in Portage, Indiana. They had 2 children, Sindy and David Lee. The couple moved to Wyoming in 1962 where Lee operated a crane to build the taconite plant on South Pass. They returned to Indiana in 1964 where he continued to work with cranes for the Operating Engineers Local 150 of which he was a proud member of 40+ years. In 1973 the family returned to Riverton to pursue their love of the outdoors and rock hunting. They built the family home from blueprints Lee designed. Shirley passed in 1989.

He met his second wife Patricia Kay Lucas in Riverton and they were married July 20, 1991 in Valporaiso, Indiana amongst family and friends. Residing in the Riverton home Lee taught Jason and Jessica the enjoyments of rock hunting and camping. The family enjoyed traveling. Pat passed away in 2004.

Lee had a particular love of fossils and in his later years had become quite an expert of preparing the fossil fish he had dug from the Green River Quarries near Kemmerer. His greatest enjoyments were sharing this love with family and friends and would often be found in his shop covered in dust unveiling one of his treasures. He was an accomplished lapidarian having won several awards for his jewelry made of Wyoming jade. Lee was a member of the Riverton Chapter of Wyoming Mineral and Gems and had recently been nominated for Rock Hound of the year. He was also the ‘community’ carpenter and shared his many talents with everyone who was in need of a nail and hammer and took great pleasure from being able to help out.