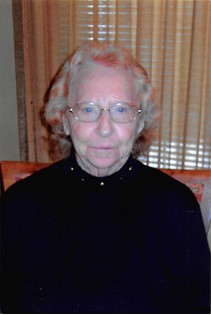 Marlene was born Jan. 24, 1923 in Sumtra, Montana, the daughter of Edward Glen and Velma (Yates) Kent. She married L.L. Smith on Feb 27, 1940 in Billings, MT. They lived most of their lives in Powell, where they owned L.L. Smith Trucking. In 1993 they moved to Riverton to be near their children.

They enjoyed traveling, riding horses, snowmobiling and going to Lake Havasu. As a widow she enjoyed playing cards and going to church.