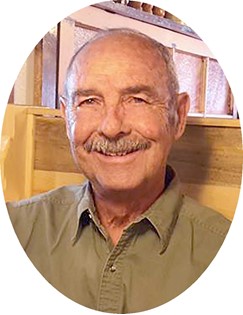 Guestbook 26
Ronald Dale Groathouse of Riverton Wyoming passed away Friday, October 7th at his home. Funeral Services will be held at 11:00 am Saturday, October 15th at the Riverton United Methodist Church with reception immediately following. There will be a viewing Friday, October 14th from 5:00pm – 7:00pm at Davis Funeral Home.

Ron was born December 3rd, 1942 in Laramie Wyoming to Perle William (Bill) Groathouse and Evelyn Schamber Groathouse. He was raised in Pavillion Wyoming, graduating from Pavillion High School in 1961. Ron was a scholastic and athletic standout, lettering in football, basketball and track; holding the record for the 40 yard dash to this day. Ron earned an athletic scholarship to Northwest Community College in Powell Wyoming where he continued playing those sports. He was student body Vice President earning his engineering degree. He then studied business law at the University of Wyoming.

When he returned to the Riverton area, he met the love of his life Judy Rae Givens and they were married in Billings Montana on April 30, 1965. Ron and Judy have three children Regan, Brock, and Shila all born in Riverton. He and Judy owned Bettys Pizza in Riverton while working in sales at the Riverton Gambles Hardware Store. Ron managed Gambles Stores in Billings and Bozeman Montana before owning Gambles in Sheridan, Wyoming. In 1980, he and his family returned to Riverton once again where he continued in sales at Choppings Chevrolet, KVOW/KTAK, Seamans Equipment, Rushmore Homes and Met Life Insurance. After a kidney transplant in 1999, he found his true calling, which was helping others as a counselor and lab tech where he played an instrumental role in the founding of the Fremont County Detox Center. Ron continued his service to others at the Fremont County Good Samaritans Center, where he worked up until his last day. Ron served his country in the National Guard during the Vietnam War rising above his entire company, winning the Physical Fitness award. He enjoyed hunting, fishing, sports, time spent with family and friends and the Lord.

He was preceded in death by his father, Perle William (Bill) Groathouse, Brother, Richard "Dick" Groathouse, Grandparents, George and Ethel Groathouse, and Albert and Mary Schamber.

Donations can be made to the family via Davis Funeral Home, 2203 West Main St., Riverton, Wyoming, 82501. Those wishing to sign Ron’s guestbook may do so at www.thedavisfuneralhome.com