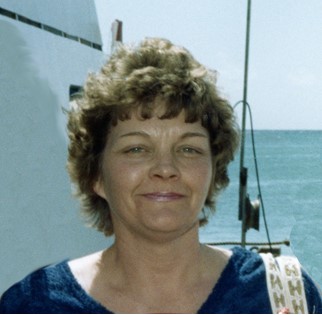 Guestbook 2
Charleen Parish, 83, of Riverton died at her home on Tuesday, October 11, 2016. There will be a memorial service held at a later date in Hot Springs, SD.

Charleen Ellen Larive was born on October 29, 1932 in Hot Springs, SD to Wesley Lee and Leenor (Reder) Larive. She and her three siblings attended school in Hot Springs, SD where she graduated from high school before moving to Rapid City, SD and Kadoka, SD.

She was a member of St. John’s Anglican Church.

On May 28, 1950 she married Donald Dean Parish in Hot Springs, SD and together they had three children. They lived in Bismarck, ND until 1969 when they moved to Lander, WY. Over the next few years they moved between Lander and Riverton, ending up in Riverton in 2014.

She enjoyed golf, attending and helping her church, and loved class reunions and keeping in touch with class mates.

She was an active member of the Riverton D.O.E.S.

She was preceded in death by her parents, Wesley and Leenor Larive and her daughter, Kristine Fay Parish.