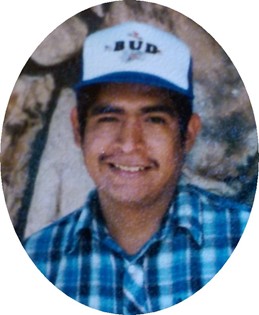 Guestbook 2
Thomas Edward Johnson, 62, of Riverton, died at the University of Utah Hospital on Thursday, October 27, 2016. A viewing will be held from 4:00 pm to 6:00 pm on Tuesday, November 1, 2016. A rosary will be recited at 7:00 pm on Tuesday, November 1, 2016, at St. Stephen’s Catholic Church with final viewing at that time. A carry-in supper will be held at the Eagle Hall following the rosary. Wake will be at the family home in Fort Washakie Wednesday evening, 15059 HWY. 287. A funeral mass will be held at 10:00 am on Thursday, November 3, 2016, at Blessed Sacrament Catholic Church in Fort Washakie, with inurnment to follow at Chief Washakie Cemetery with a feast and giveway at Rocky Mountain Hall.

Thomas was born Edward Earl Johnson on March 7, 1954 in Lander, WY to Edward T. Johnson, Sr. and Elvina (White) Johnson. He was adopted by George and Marie Clairmont Beck as an infant, and given the name James Forster Beck. He was an enrolled member of the Eastern Shoshone Tribe. As a child he grew up in many different places including, Portland, Yamhill and Salem, OR, Ninilchik and Spenard, AK, Crowheart, Ethete, and Ft.Washakie, WY. He graduated from Laramie High School in 1972 while his mother was attending UW.

He was baptized into the Catholic faith and served as an altar boy.

After graduation he joined the Navy during the Vietnam War Era, traveling the world, and served until 1976. He was named Sailor of the Month in San Diego, CA for November 1974.

When he left the military he was in lived in San Diego, CA for several years and then moved back to Fort Washakie where he worked at Wyoming Life Resource Center as a caretaker, receiving a 5 year pin. He lived in Lander, as well, and worked at Taco Johns. He then moved to Riverton and worked at Safeway in the produce section before moving to J. B.’s Restaurant until it closed. He then took care of his adopted mother until her passing.

He enjoyed photography, music, classic TV shows, and was best known for hanging out at Wal-Mart visiting with friends as they came into the store.