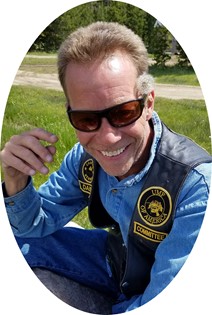 
Scott B. McIntyre, 52, of Riverton, died at the Casper Medical Center on Thursday, October 27, 2016. Funeral services will be at 2:00 pm on Friday, November 4, 2016. Interment will follow at Mountain View Cemetery with full military honors.

Scott Bennett McIntyre was born on May 4, 1964 in Casper, WY to Robert Bennett and Donna Jean (Trompke) McIntyre. He lived in different areas of Wyoming while growing up. He attended high school in Dubois and graduated from Dubois High School.

After high school he entered the U.S. Army and served until 1998 when he was honorably discharged. While in the Army he traveled to Germany and Seoul South Korea. In 1993 while in Korea he met and married his wife Suk Soung.

He was an electrician and worked in the oil and gas field before taking a job with Intermountain Electric in Riverton. He was very well liked and a mentor to many.

He loved the outdoors and was a “typical Wyoming boy” enjoying hunting, camping, and fishing. But his biggest love was his motorcycle riding anytime and every chance he got. He rode with a group that road under the initials U.M.F. which was a charity that have made many donations locally. Scott enjoyed spending time around the campfire with Brittney and Hailee Lynch and being PaPa Scott to Serenity and Skyla. He always had a smile on his face and a contagious laugh.

He was preceded in death by his father, Bob McIntyre; brothers, Ed McIntyre and Chuck Carothers.