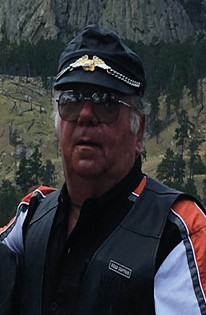 Guestbook 6
Leo Pursel 64 of Riverton, died on Tuesday, October 11, 2016, at St. Luke’s Presbyterian Hospital in Denver, CO from a short illness. Cremation has taken place and his ashes will be spread privately at a later date. To honor his wishes of no funeral or sadness the family will hold a private Celebration of Life to laugh and to say thank you for being the man he was.

Leo William Pursel was born on May 5, 1952 in Riverton, WY to Harold Max Pursel, Sr. and Virginia Anna (Brady) Pursel. He was one of five children and was raised in Riverton. He graduated from Riverton High School with the class of 1970.

On November 19, 1976 he married Darlene Marie Smith in Riverton, WY. Together they had two children, Daniel and Candice. They had made Riverton their home over 20 years.

Leo worked in the uranium field for six years before the bust at which time he moved his family to Riverton. After a short time he started working for Kinder Morgan and moved his family to Power River where he worked in the Waltman area for 15 years before transferring back to Riverton as Field Meter Technician. His last position was with Aethon Energy as a Field Technician in the Moneta area. His work in the gas field spanned over 37 years. Leo loved his job and always said it was not a job to him, it was a career and passion. He always said that he had two families, his work family and his personal family.

Not only did Leo have passion for his job but he lived his life full of passion. He loved being with his family, motorcycling, camping, fishing, BBQ’s, and Darlene’s cooking. His pride and joy was his Harley Davidson Tri Glide which he affectionately call his “Black Beauty”. He and Darlene took many trips always enjoying each other’s company and two of his favorite ones were to the Sturgis Bike Rally and the Deadwood Rally. He was also a “fix it” type person that could take two matchsticks and build a shopping mall. He was very talented with both wood and metal.

He was preceded in death by his parents, Harold and Virginia Pursel; brother, Dawn Pursel; and a nephew, Shane Pursel.

Arrangements under the direction of Davis Funeral Hom