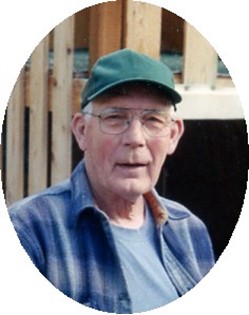 Jack William Wilhelm was born on February 17, 1937 in Bridger, MT to Henry Wilhelm, Jr. and Irma Leona (Thormahlen) Wilhelm. He was raised in the Bridger, MT area attending grade school there. He moved to Billings, MT where he attended high school for the first three years before moving to Casper to live with his sister and brother-in-law where he finished high school, graduating from Natrona High School with the class of 1953. He stayed in Casper attending Casper College where he earned his Associates Degree in Agriculture Studies. He then went to Laramie to the University of Wyoming where he continued his education in Veterinarian Science for one year.

He served in the Air National Guard in early 1961 and was honorably discharged.

He moved back to Casper where he started farming with his sister and brother-in-law until 1976 when they all moved near Hamilton Dome buying a 17 thousand acre ranch where they ran a 400 cow/calf operation. They ran that ranch until 1983 when they sold and all moved to a 168 acre farm near Ocean Lake where he continued to run until his death. He did not consider it work when he was on the farm he thoroughly enjoyed it.

He enjoyed bowling, was a talented woodworker, high fired potter, rock hunting, and making jewelry. He loved his horses and dogs. He raised Doberman Pinchers and showed them. He was true gentleman and had a great hand shake. He was always so patient and so kind. He will be greatly missed.

He is survived by his brother, Delbert “Del” Wilhelm; sister, Josephine “Jose” Schneider; and numerous nieces and nephews.