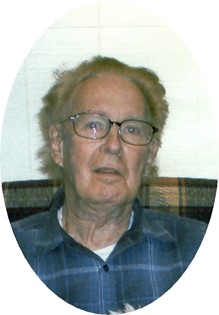 Our Lord has taken our father, grandfather and great grandfather, David M. Kirk, on the morning of April 26, 2008.

David was born on August 27, 1924 in Nova Scotia. He attended college at Park University. He enjoyed his career of being a psychologist at the Wyoming State Training School and Lander school system.

He loved spending time with his family and pets. His hobbies were gardening, fishing and his love for animals. He was a member of the Elks Lodge of Lander #2317 for 32 years.

He was quickly taken from us but was very much loved by his family. He helped many others along the way.

He was preceded in death by his wife Eunice and their son Grant.

Survivors include two sons Dale and Bryce Kirk, their wives, sister-in-law Mary Kibler and her husband Bob, 6 grandchildren and their spouses, 8 great grandchildren, many nieces nephews and many friends.

According to his wishes, cremation will take place. Memorial services will take place at Trinity Episcopal Church in Lander on May 1, 2008 at 6:00 p.m. Services are under the direction of Davis Funeral Home of Riverton.

Memorial donations may be made to the Humane Society, or Cystic Fibrosis, in care of Davis Funeral Home, 2203 W. Main, Riverton, WY 82501.