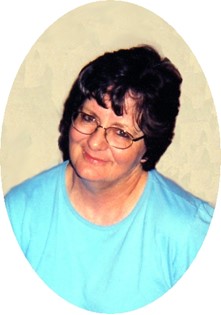 Donna Eileen Luers was born to Frank and Esther (Olson) on July 2, 1948 in Laramie, WY while her father was a Civil Engineering student at the University of Wyoming. She grew up in Casper, WY, graduating from Natrona County High School with the last combined class in 1966.

Donna worked as a draftsman for her father at Western Engineers and at Frank Luers and Associates for 15 years. After moving to Riverton, WY in 1992, she worked at Kmart while attending Central Wyoming College. She earned her degree in Business Office Systems in 1997 and started working for Winter Law Firm. She then went to work for the Riverton Chamber of Commerce and in 2006 she began working for HKM Engineering in Lander which later became DOWL. She said that DOWL was her all-time favorite job, where she felt appreciated and she loved the people she worked with.

Memorials may be made to the Rocky Mountain Chapter of Cystic Fibrosis Foundation in care of Davis Funeral Home, 2203 West Main Street, Riverton, WY 82501.