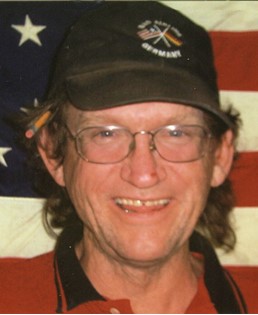 Guestbook 8
David Wayne Rorabaugh of Pavillion, Wyoming passed away Wednesday, April 30, 2008 with his family by his side. He was 53 years old. Dave had been battling chronic lymphocytic leukemia for 2 years and had spent the last three months between hospitals in Casper and at Presbyterian/St.Luke's Hospital in Denver for acute care. Memorial services will be held at 2:00 p.m. Tuesday, May 6, 2008 at the Wind River Recreation Center in Pavillion. Dave was born April 10, 1955 in Cheyenne, Wyoming to Elden Linn and Rona Mae Rorabaugh. He grew up in Cheyenne and attended schools there graduating from Cheyenne Central High School. He became self-employed in 1977 after working for Commercial Flooring in Cheyenne. In January of 1976, he married Patricia Lindstadt. They began their life in Casper, and then moved to Gillette. The couple finally settled in the Pavillion area in 1980 to raise their children. Dave was a past member of the Riverton Jaycees, a member of the Wind River Recreation Board and a member of the Pavillion Volunteer Fire Department. He donated time at the county fair for timed events at horse days along with his wife. Dave's favorite activities in life included time spent with his grandchildren and family. He loved fishing and hunting with his friends and family. He also loved his job because he said that's where he met all the interesting people of this community. He always made time for friends, family and community when they needed a helping hand. Survivors include wife, Pat; daughters Heather Brown of San Diego, and Chris Rorabaugh of Pavillion; father Linn Rorabaugh of Riverton, brothers Ernie Rorabaugh and companion Lonna of Casper, John Rorabaugh and wife Charlene of Jacksonville, FL; 4 grandchildren, Lilly Rorabaugh, Caleb Brown, Gage Williams and Samantha Williams; and numerous aunts, uncles, cousins, nieces and nephews. His "other" family consists of all his friends he made while living in this community and his "outlaw" in-laws. Dave was preceded in death by a son, Jason, mother, Rona and grandparents. Memorial donations may be made to the Leukemia-Lymphoma Society, care of Davis Funeral Home, 2203 W. Main, Riverton, WY 82501. On-line obituaries are available and condolences for the family may be made at: thedavisfuneralhome.com Services are under the direction of the Davis Funeral Home.