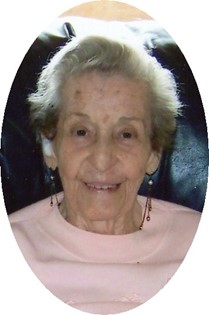 Guestbook 3
Dona M. Anderson, 86, of Riverton, died on Monday, December 26, 2016 at the Wind River Health Care and Rehabilitation Center. As were her wishes, cremation has taken place and a private family service will be held in the spring.

Dona Marie Clyde was born on May 14, 1930 in Heber City, UT to Miles and Tillie (Allison) Clyde. She grew up in Heber City with her one sister and three brothers. She graduated from Heber City High School. She moved to Riverton in 1952.

She regularly attended the Lighthouse Bible Church until her failing health prevented her from going.

She was a homemaker most of her life. She moved into the Sertoma Senior Apartments where she helped manage.

In her younger years she enjoyed golfing, bowling, and was a member of Toast Masters. She also enjoyed craft work, spending time around her family, which included four children, 13 grandchildren, and 13 great grandchildren.

She was preceded in death by her son, Clyde Anderson on September 22, 2016; her parents, Miles and Tillie Clyde; one sister and three brothers.