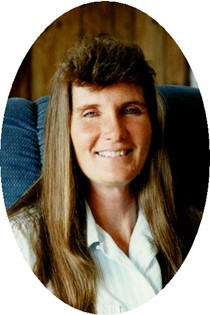 Deanna Lynn Gray was born in Lander, WY on December 29, 1953 to Olen E. and Lucille Claire (Templin) Gray. She grew up in Riverton graduating with the class of 1973 from Riverton High School. She spent her entire life in Riverton.

On December 11, 1976, she married her soulmate, Robert Wayde Bulow. They had a son, Cody Wayde and daughter, Toni Michelle.

She loved the outdoors, gardening, flowers, hiking, rock hunting, camping, hunting, and riding her ATV. Her favorite time of the year was fall and the hunting camps when everyone was all together.

She is survived by her husband of 40 years, Wayde; daughter, Toni Lanier and her husband, Alden of Pavillion; son, Cody Bulow and his wife, Catherine of Riverton; and her four grandchildren, Colter Lanier, James Lanier, Callie Bulow, and Cassie Bulow.

She was preceded in death by her parents, Olen and Lucille Gray; brother, Rod Gray; and grandparents, Lenard and Claire Templin, Nobel and Anna Gray.