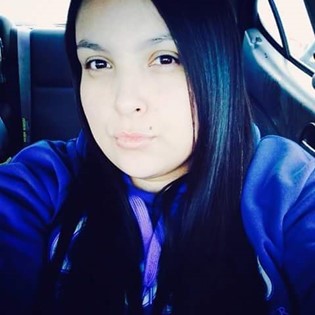 Guestbook 6
Kenzee C’Bearing, 39, of Riverton died on Tuesday, January 17, 2017 in Denver, CO at the UC Health Anschutz Medical Center. A rosary will be recited on Friday, January 20, 2017, at Great Plains Hall at 7:30 pm, followed by the wake. The funeral service will be held at 10:00 am on Saturday, January 21, 2017, at St. Stephen’s Catholic Church. Burial will follow at the Arapaho Catholic Cemetery.

She was a member of the Catholic Church and the Native American Church.

She lived most of her life on the Wind River Reservation except for two years in Killeen, TX and three years in San Francisco, CA.

She worked as a Slot Attendant at the Wind River Casino.