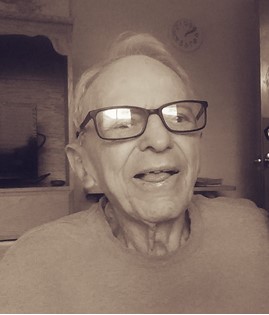 Vern R. Adams passed away peacefully in his sleep on January 9th 2017. He was a resident of Wind River Rehabilitation center at the time of his passing.

Vern was born on January 28th, 1927 to Vern and Opal Adams. He was the middle child in between two sisters Ellie and Betty. Vern enlisted in the military after high school and served in the Navy during World War II.

Once honorably discharged home, he married Burdette Snyder and had two children. Vern worked for Gilpatrick Construction for over 20 years until retirement.

He enjoyed working in his yard and had several fruit trees in his back yard. He also enjoyed going to have lunch every day at the Riverton Senior Center and conversing with his friends. He also enjoyed having biscuits and gravy at Trailhead every afternoon.

He is preceded in death by his parents, sister, Betty, wife Burdette, infant son Richard and infant granddaughter Lucy.

He is survived by son Bruce Adams and wife Elizabeth, grandson Cody Adams, Sister Ellie and multiple nieces and nephews. A small family celebration will be scheduled for a later date per Vern’s wishes.